My sister, her friend and I have spent the better part of today putting this little house together- it's been so much fun! I used a different recipe to the one in this post but I think either would work well. I rolled out the dough quite thick- about 75mm ish, so that it would be more sturdy, and I used a paper template (drawn by Amy) to cut out the shapes needed. I also baked it for a little longer than I normally would, so it would be more crisp and solid.

We put it all together using royal icing (follow the boxes instructions) and piped it on the sides to glue it together- it flopped the first time, but when we realised it needed some internal structural support (an upturned glass and some empty candle holders) it worked perfectly :) The roof was added once the walls were set, then we added the chimney and all of the chocolate buttons and strawberry laces (glued on with more icing)

As a finishing touch I made a little Christmas tree out of various sized stars, and topped it with silver 'baubles', royal icing and strawberry lace 'tinsel' :)

I'm not convinced I ever want to eat it- it's too pretty! (actually, who am I kidding... I think we might eat it on boxing day) Here are lots of pictures! 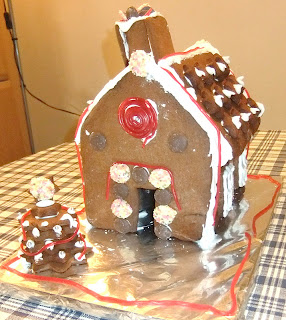 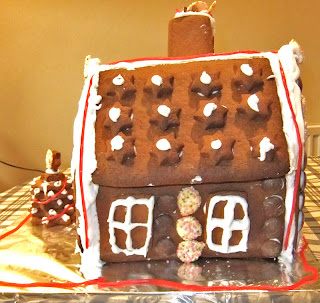 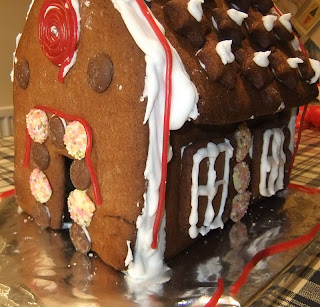 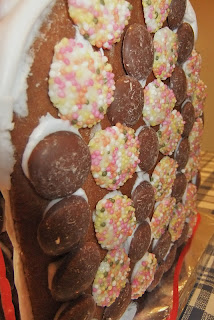 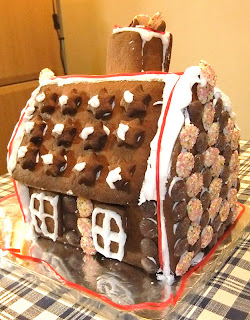 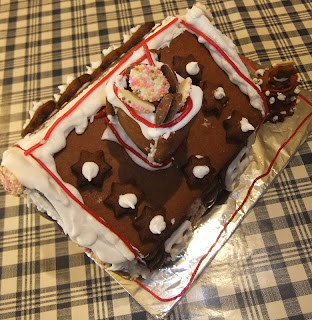 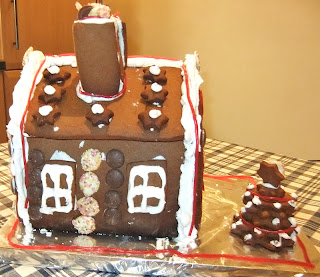 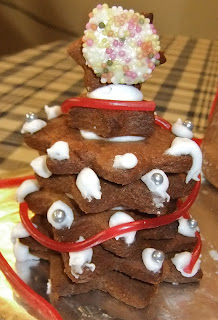 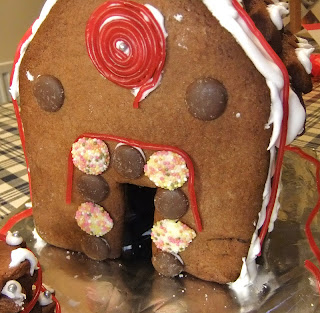 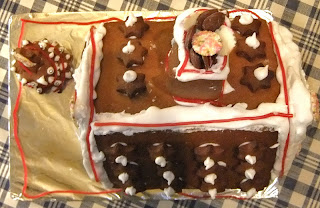 Have you ever made a gingerbread house? I think they're well worth the effort, it was really fun to make and looks nice and festive on out kitchen table (it also smelled amazing when it was cooking- there was SO much gingerbread)  Any tips for me for next time?

I hope you're feeling festive- only 2 sleeps until Christmas!!!