Time is flying by, and I'm already on to week 9 of my 52 week nail challenge. This week it's a rainbow theme and it took me absolutely ages to decide how to do my nails (seriously, I've been thinking about it all week..) but after perusing google images, I decided sponging a kind-of-gradient onto my nails would work as I could use two overlapping colours per nail :) 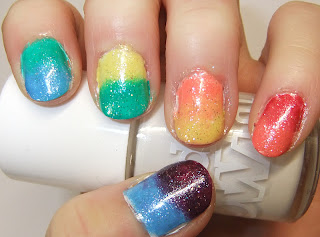 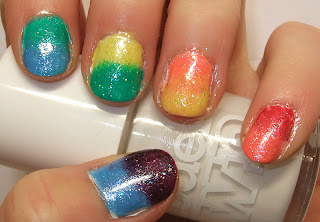 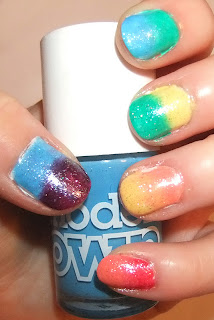 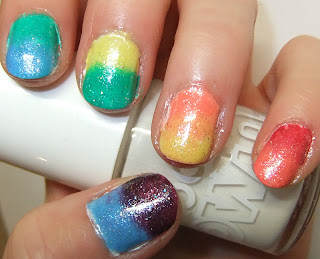 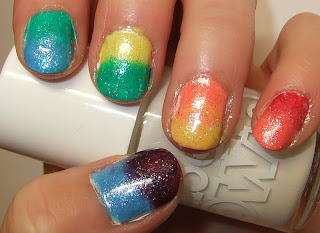 I used rather a lot of polishes for this nail art- as well as a sponge!

For the colours I used:

﻿﻿ ﻿ ﻿
I also used a base coat of Models Own Snow White, as well as two glittery top coats- first Collection 2000 Sparkle Top Coat, then e.l.f. Twinkle- to even out the gradient effect, and give a pretty rainbow glitter effect :)

﻿
﻿
I don't think it's my neatest work- though in my defence it's only the second time I've used sponges for a manicure, and hopefully I'm getting better. I rather like the design though- and I've not seen anything really like it as far as using a rainbow colour scheme.

Have you ever done a rainbow themed manicure? What design did you do?