I've been craving carrot cake for over a week now, I saw some in a cafe but I was too full from a yummy lunch that I didn't get any. I found this lovely recipe in a book I have called Chocolate & Baking (I think it was about £3 from The Works) last week, so why it took me so long to bake it I do not know...

It's another very simple recipe- though the preparation (grating carrots) can take a while, and it does require over an hour of baking; but it is very yummy! (and the icing is awesome) :) 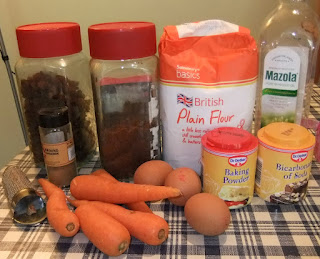 
1) Place the flour (sifted) baking powder, bicarbonate of soda, cinnamon and nutmeg into a large bowl and mix. 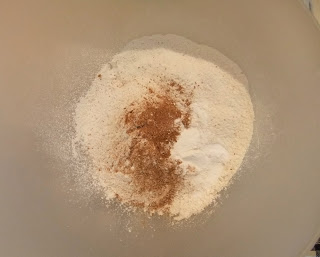 2) Add the sugar and mix well (mine was quite lumpy, and I now regret not getting all of the lumps out properly!) 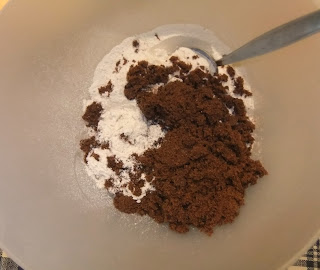 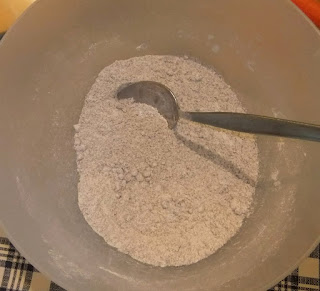 3) Add the eggs and oil, and mix very thoroughly again (be wary of flour lumps!) 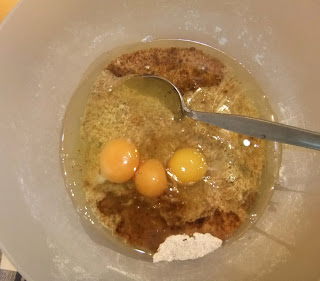 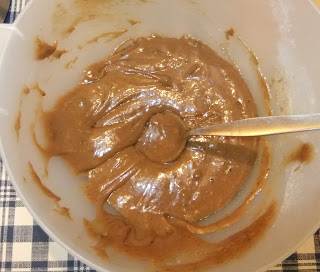 4) Prepare your carrots (peel then top and tail them) and weigh out 225g. Roughly grate them and add to the mixture. I don't recommend grating before you actually need them, you don't want brown carrot! Stir it in, then add the sultanas (the original recipe called for 50g of chopped walnuts, but I don't really like nuts in cake so I switched them out for sultanas instead- I imagine it would work without either!) 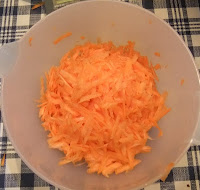 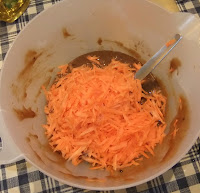 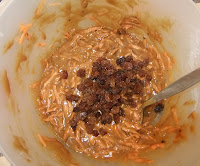 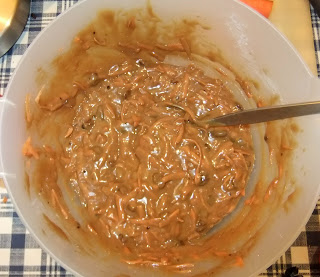 5) Line a baking tin with greaseproof of baking paper (my tin is about 20x25cm) and pour the mixture in. Bake at 150C (300F/Gas Mark 2) for approximately 1 and 1/4 hours (my cake took about 1 hour, but the bottom oven on was on too, and I think that probably made the top oven warmer than 150C) until cooked though :) 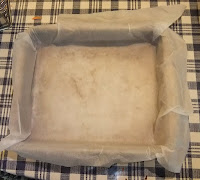 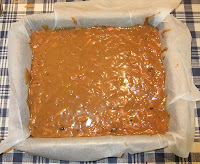 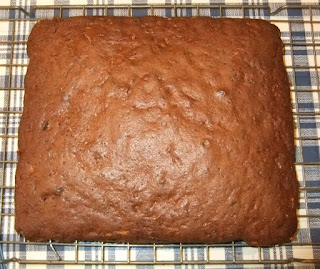 6) Leave to cool for a while in the tin, then turn it out and allow it to cool completely. 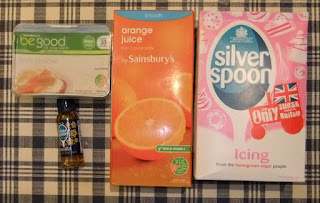 Now it's icing time! You will need:

1) Place the cream cheese, orange juice and vanilla extract into a bowl and mix together. 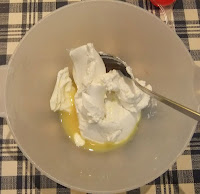 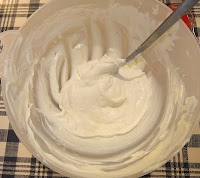 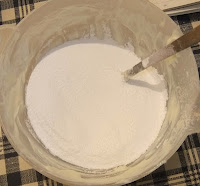 2) Sift in the icing sugar and mix thoroughly, then spread over your cooled cake!!!

﻿﻿﻿I'm 99% certain that the reason for the silly runniness is that I used 70% reduced fat cheese spread- turns out you need the fat to hold it all together! This recipe is not one for making healthier! (though there is carrot in it... could it be 1 of your 5 a day?) 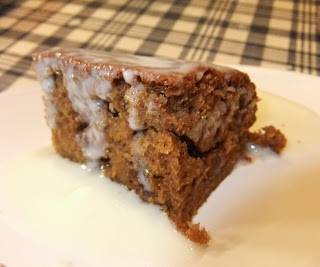 Despite the runniness, it tastes amazing! And the slightly orangy flavour compliments the cake really well. The cake is moist and very light; overall deliciousness :)

What have you been baking recently?