Review: Astral All Over Moisturiser.

A couple of months ago I was approached for the first time to trial and review a product and after a little research I leapt at the chance- Astral is marketed as an all-purpose richly moisturising cream, for use on anywhere on the body (much like Nivea Creme). I think it has a bit of a reputation of being targeted for older people (Joanna Lumley has done TV adverts for it in the past and I think it does advertise as being suitable for mature skin) but I don't think it deserves that- it's a great product at any age!

I was generously sent both a 50ml and a 500ml tub; I'm about 2/3 into the 50ml and I think it'll take me quite a while to get through the 500ml but I think a review is way overdue! (Aside: I've updated my About Me page, and I really want to reassure you that my posts and reviews are and always will be 100% honest, even if I've received a product for free) 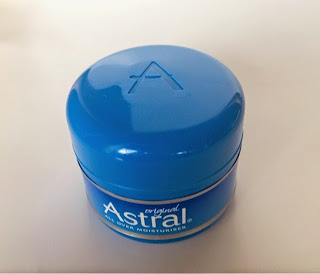 The ingredients are quite similar to Nivea Creme- fairly simple with lots of moisturising ingredients. The product itself is a smooth cream- with a texture that actually reminds me of thick sun cream (liquidy, but thicker than a regular facial moisturiser, and nowhere near as thick as a body butter) 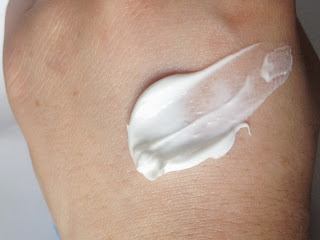 I think it sinks in a lot faster than Nivea Creme, and definitely does not leave my skin feeling greasy at all (I prefer using this at work rather than Nivea as it does sink in faster) but is also really lovely and moisturising. As I've said so many times before I have really dry skin, and sometimes have eczema on my hands/fingers/wrists so products that moisturise and do not irritate are very important to me (I don't use body butters on my hands because the fragrances can irritate my skin) 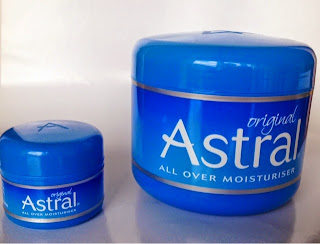 I've used it on my face several times (at night- I think it would be too rich during the day even for my skin) and I've not had a problem with clogged pores or greasy feeling skin (though I do have dry skin) Although it does sting a little if I manage to get it into my eyes.

The only slight issue I have with Astral is that I don't love the scent- it's kinda musky and it is stronger than I would like. I don't often use it on my face because I'm put off by the scent, however it doesn't seem to linger on my skin once applied, and I like the formula too much to let the scent put me off using on my body. 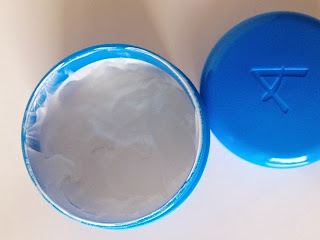 I'd recommend testing/smelling it before purchasing (I know some people are more fussy with scents than I am), but overall I really do love Astral. If I ever get through the giant 500ml tub  will almost definitely repurchase. The 50ml is currently £1.29 in Superdrug and the 500ml is £7.99 (you can also get a 200ml for £3.89) though you may be able to get it cheaper/on sale elsewhere-  though the price is pretty reasonable, particularly when you can do so much with it.

Have you tired Astral? What do you think?