I guess I'm rather late to the party when it comes to a favourites of the year posts, but I'm gonna do it anyway!

A lot of the things will come as no surprise to those of you who have read previous favourites posts of mine, but there are some lovely new things in my collection now too!

In 2013 I also had the experience every beauty-addict dreads- I LOST my make up bag!!! I really have no idea how it happened, it put the bags in my car, popped to tesco then drove to my boyfriends house for the weekend- when I was unpacking the car one of my bags was just completely gone! I also lost my heart shaped 'tangle teaser' type brush and one of my favourite dresses :( The only good thing about it was that I had to go shopping... And It made me realise that there are some products I really don't want to live without.... 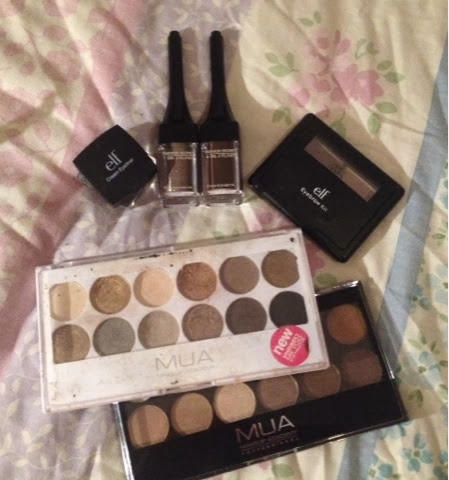 Makeup-wise there are rather a lot of familiar 'faces' :) I bought the new MUA Undress Me 2 palette, which I love just as  much as the first (the MUA Heaven and Earth palette was in my lost make up bag, and was of course immediately replaced) and I also picked up 2 of their cream eyeliners in Dress Down Cool and Under the Radar. I don't really like the brush they come with (I find them too stiff to use well so I use my e.l.f. cream eyeliner brushes) but the product itself is lovely, and they're very nice colours (brown withe shimmery red flecks, and a metallic brown)

After losing my make up bag I also made an e.l.f. order which included 4 cream eyeliners in the coffee shade (I waited a few weeks until a 50% off sale came along, it was rude not to!) so I think it's safe to say that is still a very firm favourite. Having said that while I was left without cream eyeliners I did enjoy using darker eyeshadows to line my eyes- the result is usually softer than a sharp line of the cream and I can have so much choice in colour!

I've also been paying more attention to my eyebrows recently- when I went to California they got quite sun bleached (I love the weather there so much- when we were in Vegas and it was at least 40 degrees all the time I was SO happy!) so I felt I really did need to start filling them in and shaping them properly more often- I've had the e.l.f. Eyebrow kit (in light) for a while but I've recently started to love it :) 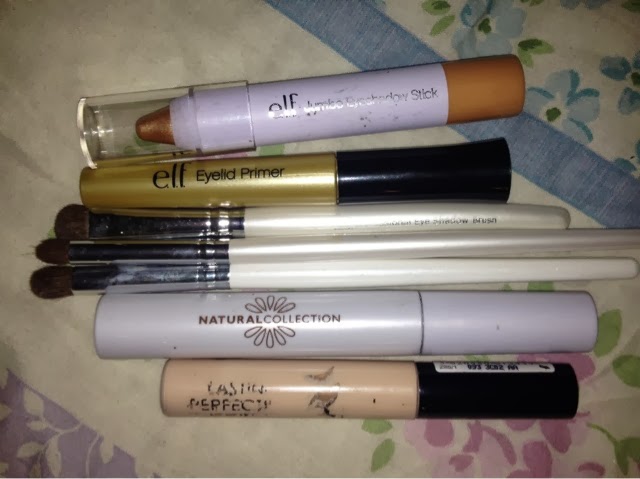 There are more typical favourites here too - I've repurchased several e.l.f. Brushes in the past year (for spares, gifts and replacements) and I really like the Golden eyeshadow primer- I'm favouring more golden eyeshadow shades at the moment so it provides the best colour base for me. The e.l.f. Jumbo Eyeshadow Stick (in Little Miss Thing) is a new find which I'm really enjoying. It does crease if you put on too thick a layer, and it doesn't last as long as a regular powder eyeshadow but it's so quick and easy to apply, meaning it's great for lazy weekends or when I'm running really late for work! 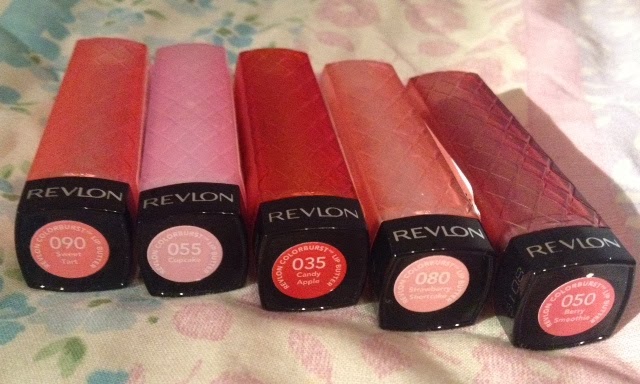 Lip-wise I've not been using all that may products that aren't boring lip balm or moisturising cream (I've had eczema and extremely dry cracked lips for months at a time this year...) but the Revlon Lip Butters have been brilliant for when I do crave some colour- as they are nicely moisturising as well (and therefore don't highlight the dry patches as much as a lipstick would!) I bought two new shades- Berry Smoothie and Candy Apple :) 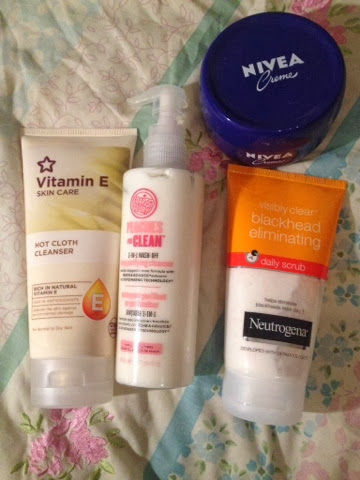 Again there are a couple of old favourites here- the Neutrogena daily scrub and Superdrug hot cloth cleansers will probably never stop being favourites- I can't see anything topping either of these gently exfoliating cleansers that don't contain SLS and still clean thoroughly for a reasonable price! Thanks to MissBudgetBeauty I have discovered Soap and Glory's Peaches and Clean, which (like MissBudgetBeauty) I tend to use once a week or so as a quick 3-5 minute mask. It smells amazing and leaves my skin feeling lovely.

Nivea creme is something I cannot believe I didn't discover sooner- in fact I'm annoyed that I didn't! It's one of those things that your grandma probably used and swears by, but it really deserves SO much more attention! It's a thick, richly moisturising cream that doesn't irritate even horribly itchy recovering-from-eczema-patches skin, or cause oily/spotty skin- it doesn't feel heavy in the skin and still sinks in quickly so you can use it under make up. I found this 200ml pot for about £2.50 on sale at Morrison's and I love it so much. I've used it on: my whole face as a 'moisture mask' (applied a thicker layer, let it soak in for an hour and washed the excess off with a muslin cloth) patches of eczema all over my body, dry cuticles, dry elbows/knees etc, on my eyes (I forgot my eye cream, in place of my regular moisturiser, to remove eye make up and probably more things I've forgotten about! 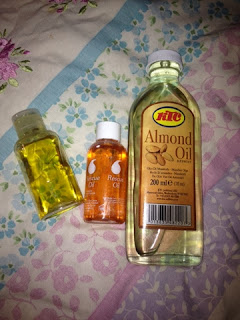 I've also been a real fan of oils recently- I bought this almond oil for £2 at tesco and I've used it mainly for eye make up removal (which I still love using EVOO for) but it's also lovely for using in place of a body butter all over my body- it sinks in and feels less 'oily' than many other oils- so I can apply it and not feel like I can't touch anything for the next hour like I do with EVOO on my body. I'm considering trying out the Oil Cleansing Method soon actually- I'm so fed up of dry skin! Has anyone tried it? Got any tips for me?

I'm also on my second bottle of rescue oil now- I also use it on my body, but I've really liked it to use on particularly dry patches of skin (and eczema).

I think I might do another post on my non-beauty favourites of the year, ad I'm sure there are lots of those too!

And I am definitely going to be starting a '30 day' photography challenge series (I don't think I'll be posting a picture everyday, but I'll might aim for a couple a week) but are there any other posts you'd like to see from me? Let me know!