Because I've clearly not posted enough hauls this month...

It's one of my sisters friends birthdays this week, and I (as usual) was tasked with the gift purchasing. Apparently Amy has become well-known with her friends for always giving her friends nail polish (mostly my fault I have to say) and this time she picked out a Barry M polish for her friend (Navy to be precise)

So I popped into Superdrug; intending to rush in, buy the polish and run out again in order to avoid yet more purchases... but Superdrug have a big 3 for 2 sale on... and there were 2 Barry M polishes I wanted and I accidentally bought them- oops!

I have to say that the first time I saw Denim in store I wasn't too excited, but then I saw swatches and I fell in love! It's actually a rather unusual shade; a dark blue with silvery shimmery particles, that somehow really does look like denim material on the nail! It does look a little dull alone though, a top coat makes it look a little more exciting :)

Spring Green is a perfect poster paint green shade (you know, that true green shade you get in those big bottles at school... anyone?) and I think it will come in really handy for nail art (I saw an awesome grass-tip mani a couple of days ago that I just have to recreate soon!) and rainbow nails!

For some reason the only bottle of Denim left in my local Superdrug had one of those magnet tops; I tried to match it back to the polish it belonged too (I think someone must have thought the Denim bottle was actually the blue magnetic, they are fairly similar from afar) but all the magnetic polishes had a magnet top. So I told a shop assistant (the assistant manager actually) and she told me to leave it on my bottle and keep it as it obviously didn't have a matching bottle! I was really surprised, but I wasn't going to complain! 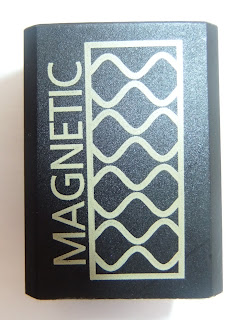 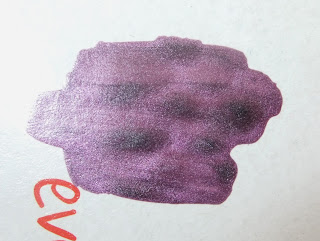 It creates a really cool wavy/dotty pattern that isn't showing up very well- I used 17 magnetic Lilac, and the glamorous background is a tissue box lid... Not bad for a random freebie!

I also picked up some non-exciting things like iron tablets and plasters, and this afternoon I found an awesome website that sells 10 months worth of hay fever/allergy relief tablets for £9.99 including shipping! Which is amazing for me as I have allergies all year round (not just hay fever, I have dust, mould, animal and probably-many-other-things allergies!) and the tablets are extortionate on the high street!


Have you been making unnecessary polish purchases recently? Or do you have more self-restraint than me?

p.s. I've really grown to love my half moon mani- the more I stare at it the more I love it! :)
Posted by GretalRabbit at 19:11