On Britishness, cupcakes and *That* campaign...

I couldn't think of anything to post today, so I decided I'd ramble on a little bit...

First of all let me be very British for a moment, and complain about the weather... it's been so grey and cold and rainy recently, but I've also been having the worst hay fever I've had in years. I think it must be all the blossom and tree pollen that's out at this time of year, but it's never been this bad (I've had a headache for three days...) Plus the cold weather means that we've used central heating a lot more recently, and my skin is getting all dry again :( Thank goodness for The Body Shop and their Body Butters!

In happier news it was my friends birthday this week so three of us got together, ate Chinese food then made cupcakes (whilst drinking wine, obviously!) They are Red Velvet Cupcakes with cream cheese frosting (yum!) and we decorated them with lots of writing icing from Asda (definitely recommended- 4 tubes for £1.78!) 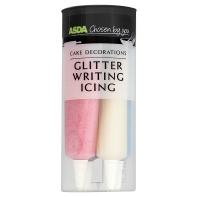 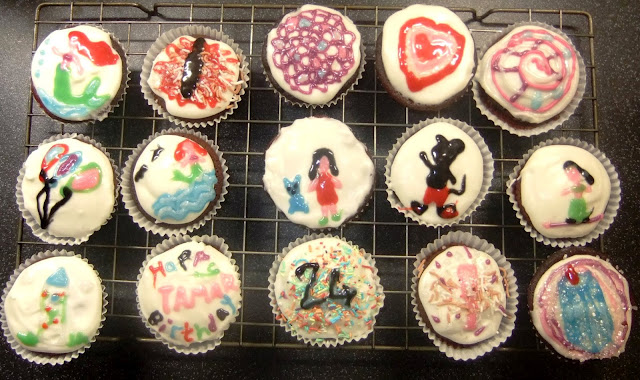 As I hope you can tell, there are two Ariel cupcakes, a Lilo and Stitch, a Princess Jasmine (on her magic carpet) and a Mickey Mouse (who we decided looks really evil) and Rapunzel in her tower. Also, the red splodgey one on the top row, 2nd from left is supposed to be the Eye of Sauron... don't ask me why!

I have to say that most of the rubbish ones are mine, my two friends both did art at degree level... I'm the odd one out who isn't at all artistic!

And finally, I'm sure that by now you'll all have seen *that* animal rights campaign- I think everyone has been talking about it... And I thought I'd talk about my opinion.

I think I've mentioned that I'm a vegetarian, and from that you can assume (correctly) that I'm definitely against animal cruelty- and I really try my best to avoid products which have been tested on animals. However, I am also a scientist- and I know that a lot of useful and important chemicals/products/medicines would and could never have been produced and allowed to be used on the public without the use of animal testing.

I've spoken to several people who do medical research on animals (some of my lecturers and lab technicians at university) and they've all assured my (honestly, not just to appease me) that the animals are actually well looked after, and are often provided with pain medication to keep them comfortable. As far as I can tell there is no viable alternative to animal testing, and products have to be tested for safety somehow (and I don't think many people would volunteer themselves) which leaves us with what exactly... I personally think we should test on prisoners serving life sentences.

On the whole, I'm really more concerned with fox hunting, badger culling and other completely pointless acts of animal cruelty- testing may be cruel but at least it is very important and useful.

And as for the campaign itself... I think it was absurd- I can understand why they'd want to use use shock tactics to get people thinking, but they did this in a shop window on a busy street- what if children saw it? What if it triggered horrible memories in passers-by? If this were to be shown on television it would certainly be shown after the watershed, and would have warnings about it content. I don't see how they were allowed to let it continue.

I guess it did what it set out to do, and got everyone talking, but they did it in the worst way I can think of.


What did you think of the campaign?


p.s. Am I the only one who thinks the 'performance artist' has some kind of fetish and actually enjoyed the whole thing?
Posted by GretalRabbit at 18:37