This really is not my week... today (along with driving Amy around and going to the library for her) I've done a tonne of housework and washing up which has ruined my nails and my computer has had a full-on melt down (goodness knows what was wrong with it, but it seems fine now!) and my eyelids are feeling really sore... sigh... I was considering just curling up into a ball and not posting today, but the last time I wrote a full post was Monday and that's far too long ago!


I'm constantly in a bit of a battle with my nails and cuticles to look and feel healthy, my skin is dry and my cuticles are definitely no exception. In the hopes of winning the battle I have three products I like to use on my cuticles, and I thought I'd share my reviews on them (although I've already mentioned two of them rather a lot before) 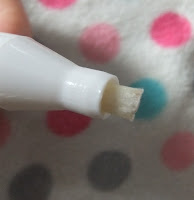 First up is something that I've mentioned in several favourites posts- and I think it's my favourite of the three products. The e.l.f. pen has a felt-tip pen type of nib, out of which the oil (containing sweet almond oil, grape seed oil, avocado oil etc.) comes out- it really works just like a pen, not at all messy and really easy to get the oil exactly where you want it. The oil itself is really moisturising and sinks into my skin fairly quickly, so I'm not left with greasy fingers for long

I've had mine for several years now and it's only just starting to run out after frequent use- for £1.50 I think this is a bargain and I'd recommend it to everyone. I'm actually thinking of buying an extra one so I can have one in my bag wherever I go! 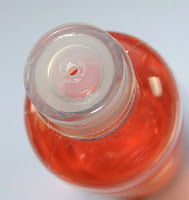 I've done a full review on Rescue oil so I won't go into too much detail- but this has a pretty similar feel to the e.l.f. pen, a nicely moisturising oil that sinks in fairly fast. On the downside to this for the nails is that it is a lot harder to use, the bottle does have quite a small hole, but I still find it hard to get it onto my nails without getting it everywhere else too. When I use this it's usually at night- when I can use it as a full hand moisturiser and not have to worry about it sinking into my skin before touching anything. However, for £1 (40ml) I think it's a great product to have, I use it to moisturise all over my body and it's brilliant for dry and sensitive skin :) 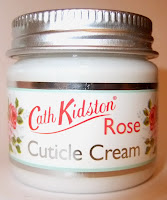 ﻿
Lastly, this is a Cath Kidston Cuticle Cream. I'm really not sure if I like the Rose scent﻿﻿﻿﻿, I'm not generally a fan of strong floral scents- and this has a lingering scent... But that aside this is a nice cuticle cream, I like to use it on bare nails in an attempt to moisturise both the cuticles and nails and the light textured cream sinks in easily (not greasy at all). The formula is free from parabens and sulphates and is really moisturising. I wish I knew how much this cost, but it was a gift as part of a set, I do know that the 70ml tub is £8 (I have a 38ml pot) To be honest I don't think this is worth the money, though if I really liked the scent I may feel differently- it might be worth a look for you :)
What's your favourite cuticle moisturiser?
xGretalRabbitx
Posted by GretalRabbit at 22:30