My Birthday money was burning a hole in my pocket...

...so I went shopping! I bought some goodies today- which I have justified by saying 'I'm not really buying anything, they're gifts' and I thought I'd share what I got: 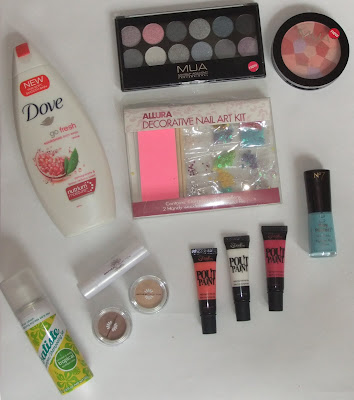 First up, Natural Collection are (I think always) on 3 for £5 and as I've been eyeing up these shadows for a while, and as I've heard so many good things about their lipsticks- I decided to give in and get them!

Milk Chocolate is a lovely shade- a cool toned milky brown (in the pan it looks rather similar to the darker side of the Mink/Sable duo, but this shadow is both darker and more matte) and Barley is a shimmery yellow-gold colour. The Moisture Shine Lipstick in Rose Bud (which I am currently wearing) is a great shade for me- I'm trying to break away from pinks (if you've seen my lip and cheek favorites post it will be very apparant to you all that I love pink lip colours!) as it is a deep pink/ slightly reddish colour (I cant really describe it... it looks pinker when something pink is put against it, and redder when something red is put against it- a rose) with a hint of a golden sheen to it- bad descriptions aside, I love it!


Next, I got some slightly boring essentials- a new Batiste dry shampoo (in the mini 50ml size, as I'm going camping in just over a week and I'll need it with me!) in my favorite Tropical scent (loving the new packaging too) and a Dove body wash (I have already raved about Dove bodywashes, so I'm expecting good results!) in the pomegranate and lemon verbana scent (their 'revive' one, it smells amazing) Both of these products are on special offer at £1 each at Boots, so now's a great ime to stock up! 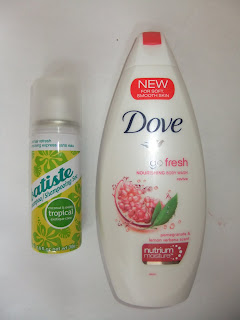 And because I'd spent £5 in Boots, I was given a £5 off No7 voucher, which is simply 'had' to spend immediately on a new nail polish- Minty Fresh grabbed me! (I was really confused at the name for a while- mint is green!- then I remembered that toothpaste is blue... blonde moment!!!) I also quite liked the look of Stand Back (which is a darker blue) but it's very similar to Models Own Feeling Blue- and much as I love nail polish, I like to have variety :) 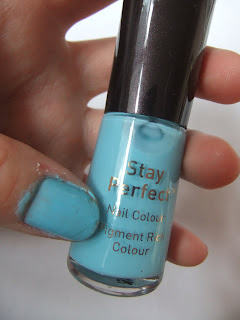 Next stop was Superdrug (which has changed again... I think my Superdrug changes everything around at least twice a week!)- where the Sleek stand drew me in:
﻿

I know everyone in the blogging world has been raving about them since they were released, but I still was not quite prepared for just how pigmented they are! (I eventually left the stand with my hands covered in little swatches and slightly stained fingers!) As they were 3 for 2 (at £4.99 each) it would've been rude not to get 3- and I settled upon Milkshake (a peachy coral colour) and Rosette (a cool toned bright pink) with Cloud 9 (plain white) so that I could tone down the shades for the Little Miss 'scared-of-bright-colours' that I am...
﻿
﻿
A trip to Superdrug would not be complete for me without some MUA products- I got the Starry Night palette (I think it was only a matter of time really!) which is just as high quality as the Heaven and Earth palette (smells a bit odd though, sure that will fade) and a Mosaic Blush in English Rose (shade 3, only £2.50) which is beautiful- with just the right amount of shimmer :) 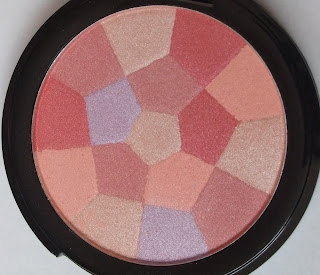 And one final little thing, I got this little nail art set from the pound shop- there are lots of little gems/pearls/sequiny things to decorate my nails with  (I'm sure they'll pop up in a NOTD very soon) 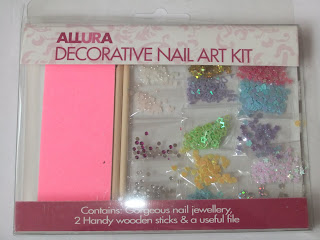 Have you been on a spending spree recently?
xGretalRabbitx
Posted by GretalRabbit at 20:05