I always end up baking my own birthday cake- mainly because I am the best cake-maker in the family (essentially, if I want a nice cake I'll bake it myself- if I want a rubbish one, my dad will attempt to make one!)

My absolute favorite cake is coffee- it has been ever since I remember (but oddly I hated coffee until about 4 years ago) and after trying the heavenly nutella frosting I thought the two might go pretty well together :) Instead of my fail safe coffee cake recipe (which I'm sure I'll share sometime soon, I never go too long without making it...) I tried another Hummingbird recipe! 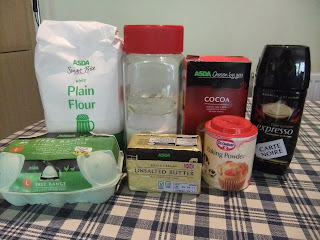 
I actually halved this recipe- I thought 4 eggs worth of cake was about enough for us!

1) The instructions say to make a 'coffee essence' but boiling the coffee and 170ml of water in a pan, until the liquid is reduced, but I cut a little corner and added a tablespoon of espresso powder to about 5 teaspoons of boiling water and allowed to cool.

2) Place the butter, sugar and cooled coffee essence into a bowl, and beat until well combined and fluffy. Then add the eggs one a time, mixing them well. 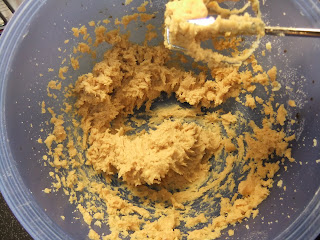 3) Beat in sifted flour, cocoa powder and baking powder, until light and fluffy. 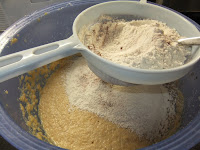 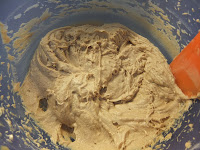 4)﻿ Line your baking tins with greaseproof of baking paper: the easiest way is too draw around the bottom of the tin, and cut out the circle- then use a little melted butter or oil to grease the bottom and up the sides to prevent the cake getting stuck! 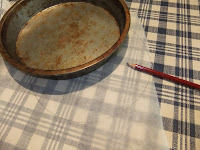 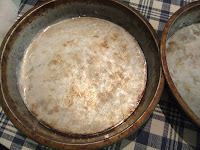 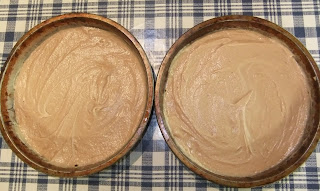 5) Divide your mixture into the tins, flatten it out with the back of a spoon and bake at 170C/ 325F/Gas mark 3 for approximately 25 minutes. - until the sponge feels firm. I think I took mine out a little too soon and one sank a bit- but it turned out well, as the flatter surface made it easier to stack them :)
6) Make your nutella frosting (the recipe can be found in this post) and spread half onto once cake. Place the second layer on top and spread the rest of the icing over. 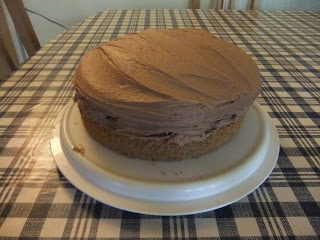 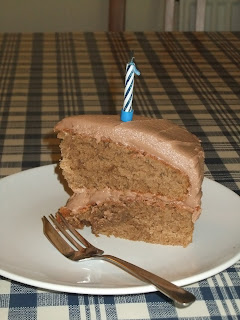 The nutella frosting/coffee cake combination is definitely a winner! The coffee cake wasn't quite as good as the recipe I usually make (but that could very well be because it was a first attempt) and I'd prefer it a little more 'coffeeey' but on the whole- amazing birthday cake!!! :)

My favorite ever birthday cake was a lovely ladybird shaped one my mum made for my 6th birthday party- it was iced in bright red with black spots, and there were little icing leaves around the bottom :) What was your favorite cake?